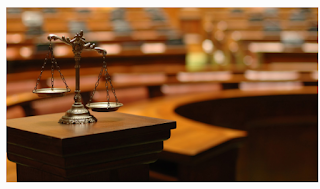 The police prosecutor, Veronica Shaagee, told the court earlier that the case was reported at the D divisional police station, Ankpa Ward, Makurdi, on August 25, by Ms Ashema.

“On the same date, at about 3:30 p.m., when she (Ashema) came back from work, her neighbour, one Sewuese Angum of the same address, poured sand on her body immediately she opened the gate and vowed that in three days she would die.

Ms Shaagee said that investigation into the matter was ongoing and requested more time to complete it.

She said the accused contravened sections 397 and 263 of the penal Code Law as suggested. However, the accused pleaded not guilty to the charges.

In her ruling, the magistrate, Rose Iorshe, said the accused shall be granted bail in the sum of N50,000 and one surety in like sum, adjourning the case to September 16.