13,800 Nigerians forgot they applied for passports: Immigration - The Naija Weekly 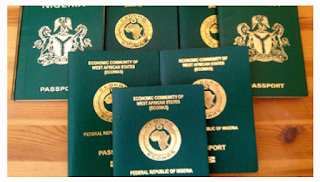 Thirteen thousand and eight hundred Nigerians who applied for a passport have failed to pick up their passports, says the controller of immigration at the Lagos passport command, Milka Musa.

“However, based on the volume of the uncollected passports, I believe the applicants had forgotten they applied for a passport. And these may be the category of applicants who were in haste when they came to apply,” said Ms Musa. “The Nigerian Immigration Service (NIS) is appealing to these applicants to come and collect their passports.”

category of applicants who were in haste when they came to apply,” said Ms Musa. “The Nigerian Immigration Service (NIS) is appealing to these applicants to come and collect their passports.”

Ms Musa disclosed that 12,300 passports were uncollected at the Ikoyi passport office, while 1,500 were at the Festac office.

The passport controller appealed to applicants, who had applied in any of the passport offices before September 2021, to check their respective office of application for collection.

The controller further appealed to applicants to support the service in its operations, to enhance optimal service delivery, saying, “There are a series of security checks that must be conducted on each applicant before the passport could be issued. Nigerians should stop being in haste when they come to apply for passports because the series of operations and security checks involved before issuance could not be carried out in seconds.”

She added, “The NIS, under the watch of the new acting Control General of Immigration Service, (ACGIS), Mr Idris Jere, would not relent in its efforts at providing super services to Nigerians.”

“However, when the lockdown was eased, what the NIS witnessed was a geometric growth in passport applications,” she said.