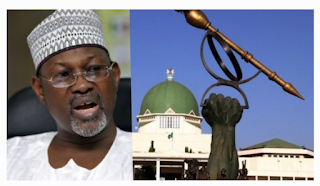 Attahiru Jega, former chairman of the Independent National Election Commission (INEC), has warned that the National Assembly will turn Nigeria’s democracy into plutocracy.

Mr Jega also urged the National Assembly to review the draft bill that allows the extreme monetisation of politics in Nigeria, allowing only the rich to participate in politics.

He said this on the sideline of the ongoing ECOWAS Parliament’s High-level Seminar on Thursday in Winneba, Ghana.

Mr Jega, who commended the bill’s passage by the National Assembly, which now gives INEC power to transmit results electronically, said it was a positive development ahead of the 2023 elections.

He added that it was one of the legal frameworks that would guarantee credible elections in the country.

He explained that electronic transmission of results would wipe this out from the polling units to the ward to the constituency level.

Mr Jega also urged Nigerians to trust the new process, adding that it is wrong to assume that results will not be accurately transmitted without 100 per cent network coverage.

According to him, even developed countries are sometimes confronted with the challenge of a poor network, but once 70 per cent of results can be transmitted electronically, “it is a pass.”