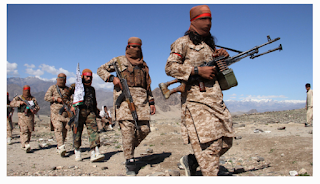 An explosion hit a mosque during Friday prayers in Kunduz city, capital of Afghanistan’s northern Kunduz province, with casualties unknown.

“The incident occurred when Friday prayers were underway in Sayyed Abad locality at midday. So far, we have no more details, but we will try to get more information,” Matiullah Rohani from the provincial government said.

No group has claimed responsibility for the attack yet, as the Taliban security forces have cordoned off the area for precautionary measures, Mr Rohani said.

Kunduz is one of Afghanistan’s most ethnically diverse provinces with many different ethnicities in large numbers living there. It borders the provinces of Takhar, Baghlan, Samangan, and Balkh as well as the Khatlon region of Tajikistan.

Once one of the more stable regions of Afghanistan, Kunduz has since the early 2010s become one of the most unstable provinces of the country, and today large parts are under Taliban control.