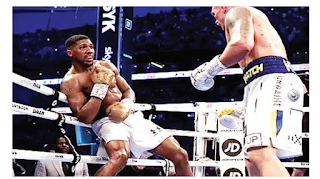 Britain’s Anthony Joshua has triggered his clause for a rematch against heavyweight rival Oleksandr Usyk and the fight could take place in March, Joshua’s promoter Eddie Hearn said.

“He (Joshua) has got his head back in the game,” Hearn told DAZN on Saturday. “He is training now and today we officially triggered the rematch for the Oleksandr Usyk fight, which we will see early next spring.

“We’re looking for him to become a three-time heavyweight world champion. I think realistically March is when you’re likely to see the rematch.”

A possible world heavyweight unification fight between Joshua and compatriot Tyson Fury, the WBC champion, was thrown into uncertainty after Fury’s promoter Frank Warren said he could not see it happening.