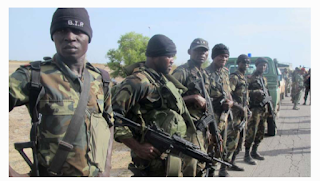 Seven separatists were killed by soldiers and several others injured on Thursday during an attack on Cameroonian security forces in the war-torn English-speaking region, the country’s military said on Friday.

The army in a statement said one soldier was injured in the encounter in Shuk, a village in the region, and significant quantities of weapons were recovered by government forces.