Army to detonate explosives in Calabar - The Naija Weekly

Army to detonate explosives in Calabar 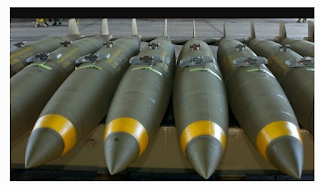 The 13 Brigade Command of the Nigerian Army, Calabar, has announced that it would dispose of expired explosives at the shooting Range in Calabar from October 14 to October 17.

This is contained in a statement on Friday in Calabar by Captain Oluwatope Dorcas-Aluko, Assistant Director, Army Public Relations, 13 Brigade, Calabar.

“The exercise is a routine military exercise aimed to detonate expired explosives.

“Members of Ikot Effangha, Ikot Ansa and Lemna communities are advised to stay off the range area during the exercise.

“The general public are equally urged not to panic from the sound of explosives but to go about their lawful daily activities,” she said.