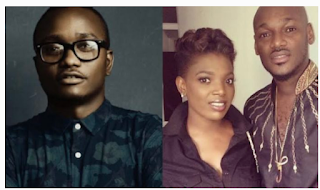 Nigeria’s music superstar TuFace has threatened to file a N1 billion defamation lawsuit against Brymo if he does not apologise in 48 hours.

This followed Brymo’s claim on Twitter that TuFace assaulted him.

On Thursday, Brymo shared a letter on his Twitter page that he stated came from TuFace’s lawyers. 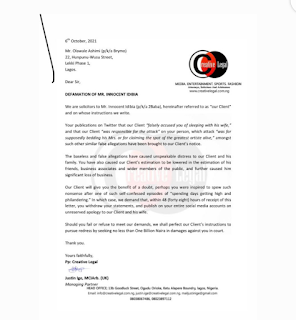 “The baseless and false allegations have caused unspeakable distress to our client and his family… Our client will give you the benefit of a doubt. Perhaps you were inspired to spew such nonsense after one of such self-confessed episodes of ‘spending days getting high and philandering’, in which case, we demand that, within 48 (forty-eight) hours of receipt of this letter, you withdraw your statements and publish on your entire social media accounts an unreserved apology to our client and his wife,” said the letter.

Speaking on the lawsuit threat, Brymo tweeted, “I have received this from Innocent Idibia’s lawyers, or so it reads.. I’ll advise they go on to the court, as I insist on all my tweets asserted… they are not ‘nonesense’…”