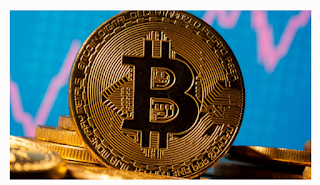 Cryptocurrency Bitcoin has risen to around $51,000 as the Bank of America supports cryptocurrency transactions as a new asset class.

The Bank of America launched a digital asset research programme as it looks to scale its crypto trading business.

The bank announced building a specialist unit to feed growing institutional demand for exposure to the crypto ecosystem. It will be led by Alkesh Shah, head of Global Cryptocurrency and Digital Asset Strategy.

Glassnode revealed that the digital assets hash rate had almost recovered fully since the crash it experienced in May when China cracked down on crypto trading. Prices have been up more than 60 per cent since July.

The price rise is the highest since September after El Salvador officially adopted cryptocurrency as its legal tender.

These gains come amidst the continuing surge with Shiba Inu, a cryptocurrency created as a joke to rival Bitcoin.