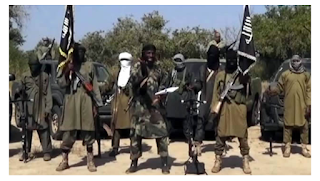 Four farmers identified as internally displaced persons residing in some of the camps in Gwoza, Borno State, have been killed on their farmlands during an attack by suspected Boko Haram terrorists.

Two others, who sustained injuries during the attack on Thursday, are currently receiving treatment at the Government General Hospital in Gwoza town, Sunday PUNCH learnt.

The attack came after months of improved security in the Gwoza Local Government Area of the state and its environs, arising from the death of a Boko Haram leader, Abubakar Shekau, and the subsequent surrender of some top commanders of Boko Haram terrorists, their wives and children to the military.

Some youths in the council said despite efforts by farmers and locals to provide logistics support for the hunters engaged by the state government to provide protection, the Boko Haram fighters resumed attacks, killing farmers and looting their farm produce.

“On Thursday, we discovered the dead body of an IDP who went to his farm to harvest his produce. The same day, another IDP was brought back dead to the camp. We became alarmed and tried to find out what was happening only to discover that there were two more deaths.

“The four people killed that day were IDPs from Dangote and Gwoza Wakame IDP camps within the Hambagda District of Gwoza town.

“While trying to sort out the issue, two other farmers living within the same Hambagda area were rushed to the town from their farms with varying degrees of injury. We immediately took them to the general hospital in Gwoza where they are currently receiving medical attention,” a youth leader, Musa Ali, told our correspondent.

He decried the deteriorating security situation around the harvest season in the area, adding that farmers had invested resources, particularly, in farming as against the previous years when they could not access farmlands.

“This year, our farmers went deep into the bush to farm since the government started returning displaced persons to their ancestral homes and the farms really yielded good produce. During the farming period, we never had this issue of Boko Haram killing our farmers but the story changed at the time of harvest.

“In this week alone, there have been stories of deaths and attacks on farmers in their farms but we didn’t think it would be this persistent. This is even more worrying for us, the youths in Gwoza, because the state government has engaged the services of hunters to provide security to farmers.

“But the challenge is, these hunters lack arms and ammunition to help their work, and as such the farmers decided to make token contributions among themselves and bought some local guns to augment the ones provided by the state government,” Ali added.