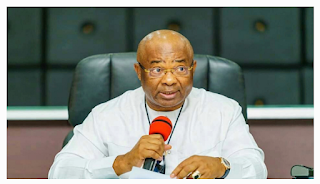 The Commander, 34 Artillery Brigade, Obinze, Raymond Utsaha, said the three months exercise was to “build on the gains so far recorded over the menace of the proscribed Indigenous People of Biafra (IPOB) and its Eastern Security Network (ESN)”.

During the flag off on Wednesday, the state governor Hope Uzodinma said the exercise would help stem the tide of insecurity during the Christmas celebration.

“This is a special period and season in the lives of the people of the South-East who are predominantly Christians coming back for the celebration of Christmas which usually lasts from October to December.

“This exercise will go a long way in improving the security situation in our geo-political zone, giving our people a sense of security and encouraging our brothers and sisters who are resident abroad to come home without fear,” the governor said.