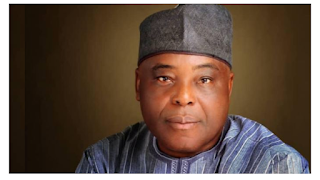 The Federal High Court on Monday ordered the Economic and Financial Crimes Commission to remove the name of the former chairman of Daar Communications Plc, Chief Raymond Dokpesi, from its watch list.

Justice John Tsoho ruled that there was no justification to keep Dokpesi on the watch list since there were no criminal charges or allegations pending against him.

Delivering his ruling in an application filed and argued by Chief Kanu Agabi (SAN), on behalf of Dokpesi, Justice Tsoho said keeping Dokpesi on the watch list of the EFCC would amount to disobedience to the Court of Appeal judgment which in April this year quashed the N2.1bn money laundering charges against him.

Recall that the Court of Appeal (Abuja Division), had on April 1, dismissed the N2.1bn money laundering charges filed against Dokpesi by EFCC.

The court had upheld the no-case submission filed by  Dokpesi and Daar Communications in the seven counts levelled against him.

Earlier a Federal High court in Abuja had in November, 2018 dismissed the no-case submission filed by Dokpesi on the grounds that a prima facie had been established against him by the EFCC in the alleged N2.1bn money laundering charges.

Dokpesi had approached the Court of Appeal and asked that the ruling of the lower court be set aside and his no case submission be upheld.