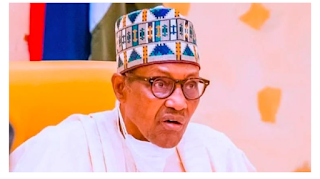 The Manufacturers’ Association of Nigeria and economic experts on Wednesday expressed concern about the high deficit in the 2022 budget.

MAN and experts including Prof. Pat Utomi in separate interviews with The PUNCH, warned both the executive and the National Assembly against endangering the future of the country.

Federal Government had on Wednesday said it planned to borrow more funds to finance the N16.45tn 2022 budget.

According to the government, the total money borrowed as of July 22 was ‘only 23 per cent’ of the Gross Domestic Product.

The Minister of Finance, Budget and National Planning, Zainab Ahmed, disclosed these to State House Correspondents after the Federal Executive Council at its meeting on Wednesday approved N16.39tn for the 2022 Appropriation Bill.

The meeting was presided over by the President, Major General Muhammadu Buhari (retd.), at the Presidential Villa, Abuja.

Govt will continue to borrow to finance projects, revenues not enough – Minister

The minister said it was necessary that the government would continue to borrow to in order to fund developmental and infrastructure projects as it does not get enough from its revenues.

She noted that Nigeria’s revenues could barely accommodate services even as she emphasised that despite the concerns, its borrowings were still within acceptable limits.

The minister stated, “If we just depend on the revenues that we get, even though our revenues have increased, the operational expenditure of government, including salaries and other overheads, is barely covered or swallowed up by the revenue.

“So, we need to borrow to be able to build these projects that will ensure that we’re able to develop on a sustainable basis.

“Nigeria’s borrowing, has been of great concern and has elicited a lot of discussions. But if you look at the total size of the borrowing, it is still within healthy and sustainable limits. As at July 2021, the total borrowing is 23 per cent of GDP.”

Fielding questions, Ahmed justified the plan for more borrowing, arguing, “Government has been borrowing before this administration and continues to borrow and it is important that we borrow to provide developmental projects in the form of roads, rails, bridges, power and water for sustainable development in this country.

“If we just depend on the revenues that we get, even though our revenues have increased, the operational expenditure of government, including salaries and other overheads, is barely covered or swallowed up by the revenue.

“So, we need to borrow to be able to build these projects that will ensure that we’re able to develop on a sustainable basis.

“When you compare our borrowing to other countries, we’re the lowest within the region, lowest compared to Egypt, South Africa, Brazil, Mexico, the very lowest, and Angola.

“We do have a problem of revenue. Our revenues have been increasing. We just reported to council that our revenues from non-oil have performed, as of July, at the rate of 111 per cent, which means outperforming the prorated budget.

“But our expenditure, especially staff emoluments have been increasing at a very fast rate making it difficult to cope with funding of government.”

She said government was doing a combination of cutting cost and increasing revenue to be able to cope with all salaries, pensions debt service, as well as capital expenditure.”

The minister said that council noted the changes in the 2022-2024 fiscal projections based on implementation of the Petroleum Industry Act 2021 and other necessary expenditures that should be accommodated in the 2022 budget.

On the approved 2022 Appropriation Bill for an aggregate expenditure of N16.39tn for 2022, she gave the components as the adjustments to the Medium-Term Fiscal Framework 2022-2024; Statutory Transfers of N768.28bn and Debt Service of N3.61tn and Sinking Fund for Maturing Debts of N292.71bn.

According to her, this represents 33 per cent of the expenditure budget.

Ahmed said Buhari was intent on leaving improved agriculture production as legacy, adding, “Currently, agriculture sector contributes 23 per cent of the GDP. We have record of expanding the agricultural value chain; we’ve had very little or no processing in agriculture until this administration.”

“We now have a very large number of fertiliser blending plants, about 42, that are operating at full capacity. We also have a large number of rice mills that didn’t exist before.

“We have a lot of Nigerians that have taken up agriculture as a business, but apart from agriculture, the President is also rolling out rail lines, some of which had been started several years ago, have been completed.”

She added the Federal Ministry of Works and Housing had a provision of N388bn; the Power sector, N377bn billion; the Ministry of Agriculture, N98bn and the Transportation Ministry N189bn.

On the difference between the price of crude oil and the $57 benchmark for the 2022 budget, the minister said, “The crude oil price in the international capital market is not stable, it goes up and it comes down.

“Our assessment is that $57 per barrel is a safe zone to be in and we did this after extensive consultations with CBN, we checked the research work of the World Bank and other institutions, whose concern is investigating and researching on crude oil prices. But you know, the revenue in the budget for oil and gas is a function of the level of production as well as the price.

“We had suffered some setbacks in terms of level of production, occasioned by the limits that the OPEC set. But thankfully, OPEC has changed our quota and that will also soon ramp up.

“In the event that revenues from oil and gas outperform the budget, there is always the safeguard that the excess goes into the Excess Crude Account.”

Commenting on the budget, a senior lecturer of economics at the Pan Atlantic University, Dr Olalekan Aworinde, said government would continue to borrow, thus worsening poverty.

A former presidential candidate, Pat Utomi, who said that the increase in the budget might not be significant given the country’s high inflation rate, urged the government to focus on cutting the cost of governance and harnessing non-oil sources of revenue to fund the budget.

He stated, “What really bothers me is that I am not seeing a significant pull back in the cost of governance, a cut down of the frivolities of government and channel of the available resources to sectors that will create multipliers.”

When asked if the National Assembly should further cut down the budget, Utomi said, “It is really not a function of cutting it further. The focus should be on turning to sources of revenue that drive economic growth.”

A professor of economics at the Olabisi Onabanjo University, Ogun State, Sheriffdeen Tella, said, “For the National Assembly, they have to look at the premise the executives are making.

He stated, “The deficit is too much; it means that they are going ahead to continue to borrow. What is important is that we should be able to know what the budget performance is now. The budget might not be implementable. How are they able to finance the current one?”

Exchange rate will fall, inflation will go up, debt servicing to worsen – Expert

He stated that oil price rebound was a tailwind to the government revenue drift, but its force was resisted by low oil production volume.

He said, “Subsidy increases with the oil price and so, oil price with low production volume doesn’t help the government very much. These all point in one direction: borrowing to finance the deficit.

“The implication is that the exchange rate would take a tumble. Inflation will ratchet up; debt servicing will worsen and we will return to the highly indebted poor country status.”

MAN Director-General, Segun Ajayi-Kadir, told one of our correspondents on the phone, “The N7.9tn this year is a source of worry for private businesses. Already we are burdened by our loan obligations; so running an additional deficit that is likely to increase our debt position is worrying.

“Debt in itself is not the problem if it is expended to reflate the economy, build infrastructure, facilitate productivity and trade.

“Using it to finance consumption or recurrent expenditure leaves you in a worse position.”

Ajayi-Kadir stated that the National Assembly had the final say on the budget and should protect the future of the country.

He said, “They have a duty to ensure that the future of the country is protected. So they need to be mindful of what the N7.9tn is going be financing.

“They provide oversight functions even in execution. So care should be exercised in making sure it is done for the right purpose.

“If it is applied properly, as our infrastructure needs financing, it might be better off for the economy.”

“Rather than issue interest paying bonds to fund infrastructure, we should create special purpose vehicles for packaging infrastructure assets for interest-free financing through asset-linked non-convertible or convertible bonds.

“Ideally, this should happen in a rule-based fiscal regime with an independent advisory fiscal commission as watchdog.”

A total of N4.65tn was spent on non-debt recurrent expenditure in 2020. Total debt service in 2020 was N2.43tn. Statutory transfers were N428.03bn. A total of N1.95tn was released and cash backed for the implementation of 2020 capital projects and programmes of MDAs.

The Senate on Wednesday passed the revised Medium Term Expenditure Framework and Fiscal Strategy Paper sent to the National Assembly by the President, Major General Muhammadu Buhari (retd.), on Tuesday.

The MTEF and FSP are parameters upon which yearly appropriation bills are predicated.

However, the Senate on Wednesday, approved the sum of N16.39tn as Federal Government’s projected aggregate expenditure for year 2022.

The red chamber, had by its action, reduced by N60bn, the N16.45trn total expenditure proposed by the President.

Buhari had in his letter requesting for a review of the 2022-2024 MTEF, explained that the needed adjustments were important to reflect ‘the new fiscal terms in the Petroleum Industry Act’.

The Federal Executive Council had initially approved N13.98tn as the proposed 2022 aggregate expenditure of the Federal Government prior to the passage of the PIA.

Meanwhile, Buhari will on Thursday at noon present the 2022 budget to the National Assembly.

The presentation will be made during a joint session of the National Assembly chambers.

Buhari made this known in a letter dated October 5, 2021, and read during plenary by the Senate President, Ahmad Lawan.

The House of Representatives also on Wednesday passed the revised 2022-2024 Medium Term Expenditure Framework and Fiscal Strategy Paper, one of a few legislations to have enjoyed such accelerated processing.

The passage, which came about 24 hours after the President, Major General Muhammadu Buhari (retd.), presented the executive bill for amendment, followed the laying, consideration and adoption of the report by the House Committee on Finance at the plenary on Wednesday.