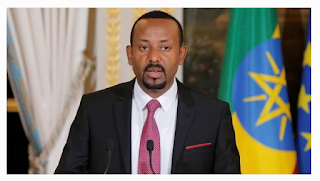 Ethiopia’s Prime Minister Abiy Ahmed has been sworn in for a new five-year term in office.

He was inaugurated on Monday.

The swearing-in was held as part of the first day of the Ethiopian House of Peoples’ Representatives’ new five-year term.

He then was appointed by the HoPR and the lower house of the Ethiopian parliament as prime minister.

Following his appointment, Mr Ahmed is expected to form a new cabinet, which will form the new federal government structure.

He was first appointed as the country’s prime minister in April 2018, served the East African country at different high-level positions, including as minister of science and technology.

According to the National Electoral Board of Ethiopia, Mr Ahmed’s party secured more than 400 out of 436 parliamentary electoral constituencies.