FAROOQ KPEROGI: Arewa and Oduduwa more alike than unlike - The Naija Weekly

FAROOQ KPEROGI: Arewa and Oduduwa more alike than unlike 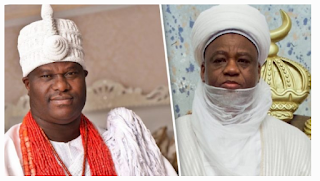 The past few months have ignited impassioned and frenzied political brickbats between the elites of the South and those of the Muslim North. Plus, over the years, the differences between the people of the regions are often magnified and their similarities papered over. In today’s column, I show how this is all elite manipulation.

Centuries before colonialism and the British-supervised formation of Nigeria, much of what we know today as northern and western Nigeria have had robust relational and cultural encounters, evidence of which still endures in the contemporary linguistic and cultural artefacts of the people.

The centuries-long Trans-Saharan Trade between the Arab world and so-called Sub-Saharan Africa, which passed through much of what is now northern and western Nigeria between the eight and the seventeenth centuries, brought traces of Islam and cultural interchanges in both places.

Thereafter, both regions witnessed massive migrations of the Mandinka people from the Mali empire who brought more concentrated expressions of Islam—and monarchies.  That is why much of what used to be the Oyo empire was actually ethnically syncretic. Take northern Oyo, called Oke-Ogun in Yorubaland, for example. Several of the towns and villages there were founded by people from Borgu who themselves trace their ancestry to Mali.

For instance, Ogbomoso, a major Oyo town, was founded by a Baatonu (Bariba) prince. The title of the town’s monarch, “Soun,” is a corruption of “Suno,” the Baatonu word for king. Kishi, another major town in Oke-Ogun, was founded by a Baatonu prince by the name of Kilishi Yeruma. Kilishi is the Hausa word for rug and Yeruma is the corruption of the Kanuri “yerima,” which means prince. But “Kilishi Yeruma” is a fossilised, time-honored title in all of Borgu, which is a cultural melting pot, for the heir apparent.

Even the town of Igboho whose son, Sunday Igboho, has become the symbol of “Oduduwa republic,” is ethnically syncretic. Apart from the large number of Fulani people in and around the town who have lived there for centuries, some of whom have become culturally and linguistically Yoruba, there is a major neighbourhood there that is called Boni.

Boni is the generic Borgu birth-order name for the fourth son. That is why many Igboho people embrace me as their brother when they find out where I am from even though I don’t speak Yoruba well enough to sustain a conversation in it.

Historical accounts also reveal that during the Trans-Saharan trade, many Hausa people worked as intermediaries between Arab traders and the Alaafin of Oyo. Most didn’t return to their places of birth, and their descendants are now Yoruba people.

Similarly, we read from the late Professor Abdullahi Smith’s account of the tiff between Afonja and the Alaafin of Oyo that a large chunk of Afonja’s army, called the Jama’a, was drawn from Hausa slaves who escaped from the Alaafin’s palace.

And the Fulani presence in Yoruba land preceded the coming of Mu’alim “Alimi” Salihu to Ilorin by several decades, perhaps centuries. As I pointed out in a past column titled “Ilorin is an Ethnogenesis: Response to Kawu’s Anti-Saraki Ilorin Purism,” some of Afonja’s followers, with whom he fought the Alaafin, according to Abdullahi Smith who quoted the Ta’alif, a pamphlet written in Arabic by an Ilorin Yoruba Muslim cleric about the events of the time at the time they occurred, were Fulani pastoralists who were never Muslims.

The pastoralists had lost their cattle to tsetse fly bites and “had nothing to lose,” according to Smith, so they became Afonja’s mercenaries. One of the Fulani pastoralists whom Alimi couldn’t convert to Islam, was a man named Ibrahim Olufade who spoke perfect Yoruba and Fulfulde and acted as the interpreter for Afonja in his initial interactions with Alimi.

In other words, Fulani people had been bearing Yoruba names in Yorubaland at least a century before Nigeria was formed. I won’t be surprised if descendants of Ibrahim Olufade are now Yoruba (nationalists) if they are in western Nigeria.

My hunch has some basis in real-life examples. One of northern Nigeria’s most celebrated journalists, the late Hajia Bilikisu Yusuf, was descended from Yoruba people who migrated to Kano generations ago. She was one of the most passionate defenders of Arewa that I know.

When the late Mohammed Sule, author of the famous The Undesirable Element in the Pacesetter Series, told me of Hajia Bilikisu’s Yoruba background in Kaduna in the late 1990s, I was incredulous. But he said they were neighbors in Kano and swore that Hajia Bilikisu’s grandfather still spoke Yoruba.

The ancestors of the late Professor Ibrahim Ayagi of Kano were Yoruba. As he himself told the Daily Trust on September 2, 2018, “Unguwar Ayagi was initially inhabited by the Yoruba and Nupawa, who came from outside and settled here. That’s how the place became known as Ayagi. So most of the people in Ayagi are Yoruba, Nupe and, of course, Hausa.”

In fact, a one-time civilian governor of old Sokoto State (i.e., present-day Sokoto, Zamfara, and Kebbi states) traces his ancestry to a Yoruba man. And he governed the heart of the caliphate.

Given this depth and breadth of relational interconnectedness, it is no surprise that northern and western Nigeria share an extensive repertoire of cultural vocabularies that are derived from Arabic, Songhai (because the Malians who brought Islam to Hausa land, Borgu, and Yorubaland abandoned their language and spoke a dialect of Songhai called Dendi), and mutual borrowings.

Yoruba and most languages in Muslim northern Nigeria also use “talaka” (talika in Yoruba) to refer to the poor. The word also appears in Mandinka, Songhai languages, Teda, and in other West African polities where Islam is predominant.

Talaka is derived from “talaq,” the Arabic word for divorce. (The chapter of the Qur’an that deals with the subject of divorce is called Suratul Talaq). Talaq is derived from the verb “talaqa,” which means to “disown,” to “repudiate.” In times past (and it’s still the case today in many Muslim societies) if a woman was divorced, she was invariably thrown into poverty. Thus, Tuaregs used the term “taleqque” to denote a “poor woman.” But Hausa, Kanuri, Yoruba, Mandinka, and other West African languages expanded the original Tuareg meaning of the word to include every poor person.

And although the term “alufa/alfa” has now been replaced by “malam” in Hausa, it is still widely used in Yoruba and other languages in Muslim northern Nigeria and owes etymological debt to the Mandinka. It denotes a Muslim scholar but has evolved to other meanings in the languages that use it. It can be a synonym for Muslim in Baatonu and a husband among Yoruba Muslim women.

It is derived from the Arabic “khalifah,” which means a “successor” or a “representative” (of the prophet of Islam). It was first corrupted to “Alfa” by the Songhai-speaking Mandinka from Mali who later exported their version of the word to western and central Nigeria—and to other parts of West Africa.

There are also direct borrowings from the native vocabularies of Yoruba and Arewa languages. To give a few examples, the Yoruba “lakaye” is derived from the Hausa “la’akari.” Seriki, which is even a personal name in Yoruba land, and which often collocates with titles, is borrowed from the Hausa “sarki,” which means king.

Jaara in Yoruba (which has spread to other Nigerian languages, including Pidgin English, where it means a courtesy addition after a purchase) is a loan from the Hausa gyara. Pali in Yoruba is kwali in Hausa.

In a conversation with Dr Muhammad Shakir Balogun, a polymathic epidemiologist at ABU whose parents are from Offa but who was born and raised in Kano, I also learned that many everyday words in Hausa are borrowed from Yoruba.

Of course, sharing cultural and linguistic similarities is not a necessary and sufficient condition to unite, but it’s a good starting point. It also helps to remember that while we are different in many ways, we are also more alike than the elites want us to acknowledge.