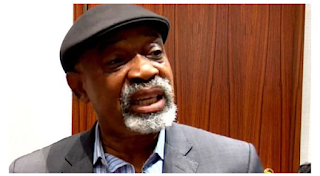 Executive members of the striking Nigerian Association of Resident Doctors are currently divided over their ongoing industrial action, Saturday PUNCH has learnt.

This is as a source at the Federal Ministry of Finance disclosed to our correspondent that the Federal Government began the payment of the Medical Residency Training Fund on Friday.

Payment of the Medical Residency Training Fund was one of the demands of the striking doctors from the Federal Government, as a condition to call of their month-long strike.

The PUNCH had reported that NARD at the end of its Annual General Meeting, which it held at the Abubakar Tafawa Balewa University in Bauchi, gave the Federal Government fresh ultimatums.

Among other things, the resident doctors demanded “payment of the Medical Residency Training within 72 hours since the money meant for it is available and verification of the list for payment has been completed.”

They also demanded “payment of the arrears of salaries of our members on GIFMIS platform within 72 hours while the migration process continues.”

However, 72 hours after the ultimatum was issued, the Federal Government failed to meet the demands, while the Minister of Labour and Employment, Chris Ngige, said the government was unaware of the ultimatum.

Meanwhile, there are indications of cracks within the ranks of the striking doctors.

It was learn that new executives of NARD, alongside the Nigerian Medical Association, held a meeting with Ngige, which partly centered on indictment of former NARD executives.

Sources, who spoke with our correspondent, said the development did not seat well with NARD members loyal to the former executives.

Our correspondent learnt that since the commencement of the payment of the MRTF on Friday, government had been mounting pressure on the new NARD President to call off the protracted strike.

A top NARD executive, who spoke to our correspondent on the condition of anonymity, said, “They (government) are already pleading that the strike should be called off because other demands are being attended to.

“This is causing a rift among the executives because you know the president is soft-spoken and it seems as if he wants to call off the strike, even though he can’t do it on his own without the consent of the NEC.”

When contacted, the New President of NARD, Dr Dare Ishaya, confirmed to our correspondent that the government had indeed begun the payment of the MRTF.

He said, “Yes, they have started paying the Medical Residency Training Fund. They have paid 20 centres. They are paying in batches. Some people from those centres have started to receive alerts.’’

“We have about 54 centres that are supposed to benefit. The remaining 34 have not seen anything yet.

“Just like we discussed with the Minister of Labour, our discussion and agreement are that when we start getting alerts, we will call a meeting with a view to suspending the strike.

“We will keep our own side of the bargain but it is still the decision of the NEC. This was part of the minimum requirements that the NEC laid down.”