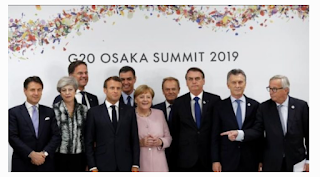 The prime minister said this after hosting a special G20 summit to address the burgeoning disaster in the crisis-torn country.

The countries largely agreed on this move, according to Mr Draghi.

He added that the leaders also said Afghanistan must recognise human rights, especially women’s rights, and not become a haven for terrorists.

He said he was happy that the world’s most important decision-makers were in agreement on Afghanistan for the first time.

When asked whether governments would recognise the Taliban, he said the question had not been discussed and that the leaders were far from being ready to do so.

“The Taliban will be judged by what they do, not what they say,’’ Mr Draghi noted.