German woman sentenced 10 years for working for IS terrorists 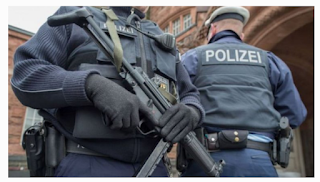 A German woman who travelled to Iraq to join the Islamic State terrorists was sentenced to 10 years in jail by a court in Munich on Monday.

The woman, who according to German privacy laws is known only as Jennifer W, was sentenced for membership in a terrorist organisation abroad, aiding and abetting attempted murder.

Other crimes are attempting to commit war crimes and crimes against humanity.

The federal prosecutors had accused the 30-year-old from Lower Saxony of standing by in Iraq while her then-husband chained up a Yezidi girl in a courtyard and left her to die of thirst.

Prosecutors had demanded a life sentence, while the defence argued for a maximum two-year sentence for membership of the terrorist organisation Islamic State.