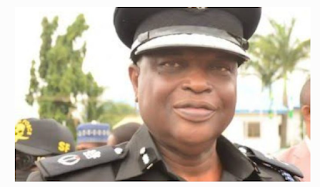 The police in Ogun said it was in possession of “credible intelligence” showing that some hoodlums were planning to wreak havoc at the state congress of the All Progressives Congress.

The congress is scheduled to be held on Saturday in Abeokuta, the state capital.

Police spokesman in Ogun, Abimbola Oyeyemi, however, issued a statement on Friday warning that the police would deal decisively with anyone caught fomenting trouble.

He said the Ogun police commissioner Lanre Bankole has deployed a large number of policemen to the MKO Abiola stadium Kuto, which is the venue of the congress to forestall violence and brigandage.

“Therefore, anybody who has no business in and around the venue of the congress are, by this release, warned to stay away from the venue,” he warned.

“The Command will deal decisively with anybody caught in any act capable of undermining the peace and tranquility being enjoyed in the state, no matter the position or status of such a person,” he added.

The police implored parents and guardians to call their wards to order by counseling them not to allow themselves to be used for political thuggery.