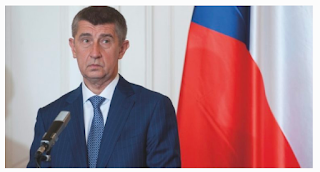 The Pandora Papers, a cache of more than about 12 million secret files, including suspicious transaction reports and confidential audits, are obtained from 14 law and offshore professional-services firms that register, sell and handle the paperwork for shell companies.

The report of his financial dealings shared by the International Consortium of Investigative Journalists (ICIJ), which involves 600 journalists from 150 media outlets worldwide, exposed how Mr Babis, 67, moved the funds through the companies indirectly owned by him, to purchase the estate in the south of France in 2009.

Earlier findings had indicated that the five-bedroom Chateau Bigaud, with its 9.4 acres, belonged to a subsidiary of one of the Czech companies owned by the prime minister who led a crackdown on tax avoidance and promised to fix the country’s economy.

Mr Babis’ secret ownership of the Chateau also shows how the offshore system aid public officials in evading public scrutiny and could have reduced his tax bill, the report said.

Documents obtained by Investigacion.cz, ICIJ’s Czech partner, showed that the chateau property and companies linked to it did not appear in the prime minister’s asset declaration form.

Mr Babis, the second-richest in the Czech Republic, is seeking to return to power in the country’s general elections on October 8 and 9.

However, Mr Babis denied any wrongdoing during a television debate hosted by CNN Prima News on Sunday.

“The money left a Czech bank, was taxed, it was my money, and returned to a Czech bank,” Mr Babis, who entered politics in 2011, had said.

Meanwhile, it is estimated that the country loses over seven per cent of prospective state revenue to tax evasion.