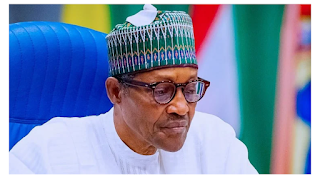 The Senate bowed to pressure from the public on Tuesday when it passed a bill which gave the Independent National Electoral Commission the sole power to determine the procedure for the transmission of election results.

The red chamber also approved direct primaries as the method to be adopted by all political parties to elect candidates for all elective positions.

The amendments were made on Tuesday by the Senate to some clauses of the Electoral Act (Repeal and Re-enactment) bill 2021, passed on July 15, 2021.

In its reaction, INEC told The PUNCH that although it had the capacity to transmit elections results electronically,  it said it could only adopt the method after the President, Major General Muhammadu Buhari (retd.), had signed amendments to Electoral Act.

Also on Tuesday, the Peoples Democratic Party and civil rights groups faulted the approval of direct primaries by the Senate.

Justifying its U-turn on electronic transmission of results, the Senate explained that its decision to subject the amended clauses of the bill to re-committal was reached after a  critical examination by the Senate Committee on INEC.

The chamber added that some fundamental issues which required fresh legislative actions were observed by the Senator Kabiru Gaya-led INEC Committee in the bill.

Accordingly, the chamber in a bill for re-committal,  re-amended certain aspects of the bill contained in clauses 43, 52, 63 and 8.

The upper chamber in Clause 52 of the Electoral Act (Amendment) Bill passed  almost three months ago, had approved that “the Commission (INEC) may consider the electronic transmission of results, provided the national coverage is adjudged to be adequate and secure by the National Communications Commission and approved by the National Assembly.”

The Senate’s position contradicted that of the House of Representatives, which gave INEC the go-ahead to adopt electronic transmission of results.

However, the Senate, on Tuesday amended the clause when the bill was subjected to re-committal to provide that, “subject to section 63 of this bill, voting at an election and transmission of results under this bill shall be in accordance with the procedure determined by the Commission (INEC).”

Clause 87 has to do with nomination of candidates by parties.

It now reads, “Clause 87. (1) “A political party seeking to nominate candidates for elections under this bill shall hold direct primaries for aspirants to all elective positions, which shall be monitored by the commission.”

In indirect primaries, party members elect delegates who in turn elect the party’s candidates on their behalf.

But in direct primaries, registered members of the party  vote for who they want to be their candidates. Delegates are not involved.

Members of the Conference Committee on the Electoral Act (Amendment) Bill 2021, are expected to meet with their counterparts in the House of Representatives to harmonise the two versions passed by both chambers

The Senate decisions on electronic transfer of  results and direct primaries attracted different reactions on Tuesday.

While the lawmakers were commended over electronic transfer of  results, they were criticised on the adoption of direct primaries.

A former Deputy President of the Senate, Senator Ike Ekweremadu, commended the Senate for reversing itself on electronic transmission of results, saying it was a huge victory for the nation’s democracy.

Ekweremadu said the Senate’s action justified his assurances to Nigerians in July that all hope was not lost for electronic transmission of 2023 election results despite the initial setback.

The Enugu West Senatorial District Senator stated this in a statement by his media aide, Uche Anichukwu.

Also, the Governor of Rivers State,  Nyesom  Wike,  in a statement by his Special Assistant on Media, Kelvin Ebiri commended the National Assembly on its decision to allow INEC determine the use of electronic transfer of results.

Wike stated  ”Like I have always said, what is important now is what do people want. The moment you do what the people want, you’ll see happiness everywhere.”

But the spokesperson for the Senate  Senator Ajibola Basiru (APC) Osun State central, said that the red chamber did not reverse itself on the issue of electronic transmission of results.

Rather, Basiru told reporters after plenary that the Senate only deleted Clause 52 (3) to align with the provision on Clause 43 and  63.

Basiru said, “We revoked that section of our standing order to recommit section 43, 52, 63, and 87 of the passed Electoral Bill for re-committal subject to further amendments at the committee of the whole. The amendment was taken.

“The substance of the amendment are for section 43- seeking to introduce electronic voting machine as one of the materials that an agent of a party would be entitled to inspect and to also empower INEC  provide where they have the competence to do so- Electronic Voting Machine for the election.

“So, the amendment for section 43(2) relate to two sub-sections.

“One; Section 43(1) which now reads, the commission shall provide suitable boxes, electronic voting machine or any other voting device for the conduct of elections.

“So that this would allow INEC where they have the necessary wherewithal and competence, they don’t need to come back for us to introduce electronic voting machine as part of the materials they will use for election.”

Commenting on the U-turn made the Senate, INEC  insisted that it had “adequate structures and processes” to transmit results of elections in the country electronically.

It also said while it had the capacity to transmit the result of the Anambra State governorship election slated for November 6 electronically, the nation’s existing laws only allowed manual collation.

The Chief Press Secretary to the commission’s chairman, Rotimi Oyekanmi who said this in an interview with The PUNCH, stated that the commission would wait till after the President had assented the amendments by the National Assembly, including electronic transmission of election results.

One of our correspondents had asked Oyekanmi if the commission already had any arrangement in place to transmit results electronically in view of the decision of the Senate to a bill which gave INEC sole power to determine the procedure for the transmission of election results.

He was also asked if it was possible for the process to transmit results electronically starting from the Anambra election.

But Oyekanmi said the amendments being carried out would take time since it would still be transmitted to the President for assent.

He said, “The Independent National Electoral Commission has developed adequate structures and processes to successfully undertake electronic transmission of result.

“We believe that the technology and national infrastructure in the country at the moment are adequate to support it.

“The commission has the capacity to transmit the Anambra governorship election results electronically, given the opportunity.

“However, let us not forget that the subsisting law stipulating manual collation of results has neither been repealed nor changed at this point.

“The amendments being undertaken at the moment would still have to be transmitted to Mr. President for his assent.”

Meanwhile, the PDP on Tuesday evening accused the All Progressives Congress-led National Assembly of dealing a huge blow to Nigeria’s democratic gains with its imposition of the direct primaries for the nomination of party candidates.

The National Publicity Secretary of the PDP, Kola Ologbondiyan said this in a statement titled, “Direct Primary: APC Is Rolling Back Our Democracy- PDP,” which he signed in Abuja, on Tuesday.

He said, “The PDP describes the passage by the APC-led Senate of direct primary for the nomination of candidates for election, in all political parties, as a retrogressive provision that seeks to wipe off all the gains achieved in our electoral practice since 1999.

“The party says the decision by the APC-controlled Senate is a humongous blow to the development of democratic norms and a plot to introduce anarchy during internal party elections as currently obtainable in the APC.

“The PDP holds that the provision is aimed at increasing the costs of nomination procedures thereby surrendering the processes to money bags against the wishes and aspiration of Nigerians.

“Our party makes bold to state that with the exception of the APC, which intends to deploy looted funds in future elections, hardly will there be any political party that will be able to raise the cost of conducting internal elections under a direct primary process.

“This is why the decision of the Senate has elicited widespread rejection from Nigerians across board.

“The PDP therefore urges the Senate to immediately deploy its appropriate legislative instruments to reverse itself on the direct primaries as it is not operable and does not reflect the wishes and aspiration of the majority of Nigerians.”

Attempts to get a response from the APC were futile. Calls to the mobile telephone number of the party’s National Secretary, Senator John Akpanudoedehe were neither picked nor returned.

A response to a message sent to him on the subject was still being awaited as of the time of sending this report.

Ameh, in an interview with The PUNCH, said the issue should be left for parties to decide.

He asked, “Why should the method of selecting or electing political party representatives be forced down their throat? It totally absurd and uncalled for.”

On his part, the co-convener, Alliance of Civil Society Organisations for Expansion of Electoral and Democratic Space,  Ariyo-Dare  Atoye, said the nation lacked political infrastructure to be able to practise direct primaries.

He said, “We don’t yet have the political infrastructure to be able to practise direct primaries, in terms of rules that should guide this. The direct primaries we have seen in the country are at best a charade .”

The Convener, Ready To Lead Africa,  Godbless Otubure, on his part said, “My view is that it is very democratic but if you ask a party person, they will tell you that direct primaries now make the process a bit more expensive. But that can also be a lie because at the end of the day, it can make the process as expensive as the delegate system.”

Meanwhile,  Gaya; and the Chairman of the House of Representatives Committee on Defence, Babajimi Benson, on Tuesday evening explained the reason behind the U-turn made by the Senate on electronic transmission of election results.

He said this on Politics Today, a current affairs programme on Channels Television monitored by one of our correspondents in Abuja on Tuesday.

Gaya said the National Assembly, whether the Senate or the House, listened to the wishes of the people.

Speaking on direct primaries, Benson said the restriction was based on democracy and freedom to participate.

He said, “The Speaker (the Speaker of the House, Femi Gbajabiamila), in his wisdom, during the consideration of the report, brought the motion seeking to ensure that all parties use a direct mode of primary to elect candidates for the various political positions. He  is trying to bring back inclusiveness, so that godfatherism, favouritism and unpopular candidates can step out.”