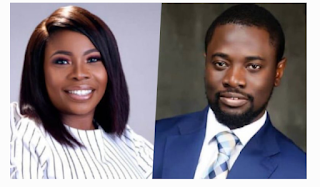 Nigerians who invested in Imagine Global Solutions Ltd have been left stranded as a couple running the firm has reportedly fled Nigeria with funds invested by thousands of customers.

The pair, Bamise and Elizabeth Ajetunmobi, reportedly went into hiding after squadering investors’ money said to be as much as N22 billion, according to social media accounts of investors.

Imagine Global Solutions Ltd claimed to be running a micro lending service to small and medium businesses, offering 22 per cent as interest on loans received and 10 per cent returns to investors.

Several victims on social media detailed how they lost between low five figures to as high as N500 million. A WhatsApp group has been created for those affected by the fraudulent scheme to pony resources towards recovering their investments. A Nairaland forum was also created by the investors.

Peoples Gazette’s efforts to get the Ajetunmobi’s for comments fell through. The company’s listed address in Ajah, Lagos, has been locked. A telephone number for the couple also failed to connect on Monday morning.

A spokesman for Zuriel Consulting Limited, Imagine Global’s legal adviser, said the law firm could not comment on investors’ funds and the disappearance of the couple.

“We have been hearing that the couple had fled Nigeria with investors’ funds,” Zuriel Consulting told The Gazette on Monday morning. “But we have no comments to make about the controversy at this point.”

The firm also said it would not confirm or debunk claims that the amount squandered was up to N22 billion. The Gazette could not independently verify the amount involved, but similar schemes in the past saw investors lose even larger amounts.

Imagine Lenders is only the latest scheme to be exposed as another ponzi business designed to fleece Nigerians. In recent months, The Gazette has covered fraudulent investment schemes such as Insha Allahu and the disappearance of Gloria Osei and Muyiwa Folorunsho, another couple declared wanted by Interpol in August for their involvement in multimillion-dollar investment.

Ms Osei and Mr Folorunsho have since obtained Commonwealth of Dominica passports, indicating that they might not return to Nigeria any time soon. It was unclear the progress of the manhunt launched for the couple by Interpol.

The Central Bank of Nigeria (CBN) froze the bank accounts linked to MBA, saying that the company was owned by Maxwell Odum, who had collected over N171 billion from its investors before crashing.

The Central Bank, the Securities and Exchange Commission and the EFCC have sent out several warnings to potential capital market investors cautioning against putting their funds in fraudulent investment schemes.

Imagine Global, which was registered in 2017, stated on its website that it has a customer base of 90,000 Nigerians, but it was unclear how many of them were able to recoup their investments before the Ajetunmobis disappeared. The couple reportedly fled to London, where a branch of Imagine Global was incorporated in August 2019.