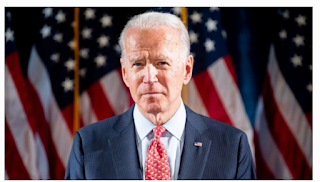 The United States Intelligence community says the Islamic State in Afghanistan is planning to carry out external operations against the U.S. next year.

British newspaper The Guardian reports a senior Pentagon official told U.S. Congress the Islamic State in Afghanistan could have the capacity to attack the U.S. in as little as six months, adding that the terrorists intend to carry out such attacks.

Undersecretary of defence for policy Colin Kahl said it was still unclear if the Taliban, an enemy of the Islamic State has the ability to fight effectively following the U.S. withdrawal in August.

“The intelligence community currently assesses that both Isis-K [Islamic State Khorasan Province, the Afghanistan-based group] and al-Qaida have the intent to conduct external operations, including against the United States, but neither currently has the capability to do so. We could see Isis-K generate that capability in somewhere between six or 12 months,” he said.

The projection comes a few weeks after the Taliban government struck out chances of cooperation with the U.S. to contain extremist groups in Afghanistan.

Associated Press had earlier reported that Taliban political spokesman Suhail Shaheen said there would be no cooperation with the U.S. on tackling the increasingly active Islamic State group in Afghanistan.

The Islamic State has carried out several attacks on the country’s Shiites since emerging in eastern Afghanistan in 2014.

It is also seen as the terror group that poses the greatest threat to the U.S. for its potential to stage attacks on American targets.