Joe Igbokwe accuses IPOB of razing his house in Nnewi 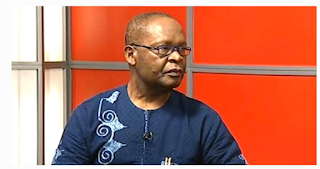 Joe Igbokwe, a communications strategist with the ruling APC, has accused IPOB elements of burning down his residence in Nnewi.

Mr Igbokwe said security cameras captured the arsonists arriving in a vehicle at his residence in the commercial Anambra town. He said he was doing fine after the attack, but did not clarify whether or not he was at home during the attack.

“IPOB invaded my house in Nnewi about now,” Mr Igbokwe, a top ruling party politician in Lagos, said on Facebook. “I am sure they raised down the my  house giving the jerrycans of petrol I saw  being offloaded from their Sienna car via CCTV. To God be the glory.”

“I am still alive,” he added. “My study is my greatest regret.”

A police spokesman in Awka, the state capital, did not return a request seeking comments about whether Mr Igbokwe had reported the matter or if the police have identified suspects.

Mr Igbokwe’s disclosure came as reports emerged from Nnewi that headquarters of police and State Security Service in the community were torched by hoodlums chanting destruction of Nigerian flag. Several people were reportedly killed in the attack.