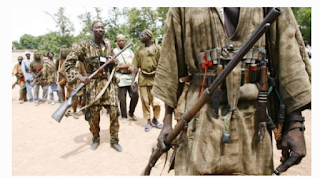 The Hunters’ Group of Nigeria (HGN) and the Kogi State Vigilante Service (KVS) have rescued three Fulanis after raiding a kidnappers’ den beside Erotyi mountain in Kogi/Koto local government area.

Mr Yahaya noted that the rescued victims were unhurt.

He further disclosed that the suspects had been handed over to the appropriate authorities along with their confiscated weapons.

According to Mr Yahaya, the victims were underage kidnapped two weeks ago from the Chikara community on Lokoja-Abuja Road.

He commended the state government and the Commissioner for Solid Minerals, Bashir Gegu, for providing logistics for their operations in the area.

Reacting to the development, Kogi State Security Adviser, Jerry Omodara, said such security success was a welcome development and proof that the security network of Kogi was strong enough to quash all forms of criminal vices.

He stressed that the vigilantes across the state had continued to record good results because of the support they got from the government.

Mr Omodara added that the continued efforts of the Kogi government to make the state the safest in the country were yielding results.

He noted that the governor had several times committed to securing the lives and property of the citizens and made the state a no-go zone for criminal elements.

He reiterated that government at all levels would continue to sustain the drive for a peaceful Kogi by making every nook and cranny unsafe for criminal elements and their sponsors.