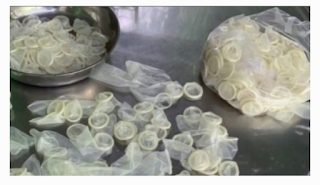 The governor of California, Gavin Newsom, has signed into law a bill criminalising the removal of condom during sex without the consent of the other party. This move, called “stealthing”, now constitutes a civil sexual battery offence.

Assemblywoman Cristina Garcia of California, who sponsored the bill, said the measure would give victims another resource to hold assailants accountable. “It would also make it clear that this is not just amoral, but also illegal,” she said in an interview on Thursday.

It is the first anti-stealthing law in the country. The bill passed the Senate and the Assembly a month ago unanimously. There have been similar bills on stealthing presented before lawmakers in New York and in Wisconsin, but at the time of filing this report neither has passed. Ms Garcia said she hoped that legislatures across the country would follow suit.

Ms Garcia cited a study by Yale University that motivated to write a bill to ban the practice. She had read law student Alexandra Brodsky’s law journal article on the topic in 2017, which kick-started a wider discussion on the topic.