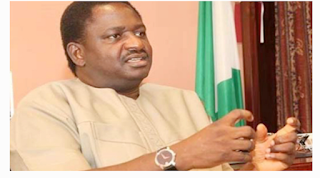 Femi Adesina, spokesman to President Muhammadu Buhari, has admitted that “life has descended into the Hobbesian state of nature; nasty, brutish and short” in the last 18 months under his principal’s control.

“We have, indeed, passed through the most challenging of times in the past 18 months: security-wise, economically, socio-politically, and in many other ways,” Mr Adesina said in an article published in his Facebook page Thursday night. “Life has descended into the Hobbesian state of nature; nasty, brutish and short.”

Mr Adesina said admitting the truth is important to tackling the problem, adding that Buhari regime cannot lie about prevailing insecurity in the country.

“Challenges are meant to be surmounted. Accepting that they are real is the first practical step to combating them. The Buhari administration is not glossing over our issues, but is rather facing them squarely. And that is why #We Believe. Some governments lie to their people. No, not the Buhari government,” Mr Adesina said.

Before now, Mr Adesina had said insecurity in the country is being “played up” to rubbish Mr Buhari’s achievement, accusing citizens of hating the regime.

“Now, we are at the threshold of reaping the benefits. Yet, some people want to downplay infrastructure, and play up insecurity, all in an attempt to vitiate the achievements of the Buhari administration. Will they succeed? Never!,” Mr Adesina had said in his past treatise.

Bandits in different coordinated attacks have killed and abducted citizens in hundreds across Katsina, Kaduna, Kebbi, Niger and Zamfara.

Mr Adesina, however, accused the media of slanting NDA attack as failure of Mr Buhari regime.

“The news headlines, the slant of the stories, the analyses and discussions, all tended to paint a narrative of the humiliation of our military, the failure of government, and the fact that anarchy had been unleashed on the land,” Mr Adesina.