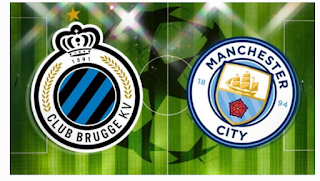 The 2020/2021 UEFA Champions League runners-up Manchester City showed their quality on Tuesday as they produced a clinical performance to dismantle hosts Club Brugge 5-1 in Belgium.

Manchester City’s rout puts them provisionally top of Group A on six points, but Paris Saint-Germain (PSG) could jump them onto seven if they beat RB Leipzig later.

Left-back Joao Cancelo opened the scoring on the half-hour, and Riyad Mahrez doubled the lead with a penalty kick he won himself before the break.

It was then the turn of right-back Kyle Walker to claim his first Champions League goal in 39 games in the 53rd minute.

Club Brugge had enjoyed an impressive campaign with a home draw to PSG and brilliant win against RB Leipzig and Hans Vanaken’s alert finish, which gave them late consolation.

But Mahrez’s second immediately quashed any outside hopes of a comeback against last season’s beaten finalists.

“One of the best performances we have done in Europe, definitely,” Manchester City manager Pep Guardiola said. “I know how good they did against PSG. We could have scored more goals. We had many chances. All of us are delighted with the performance we have done.”

In the other early game, Sporting Lisbon took their first points 4-1 away to Besiktas, who have suffered three straight defeats in Group C.