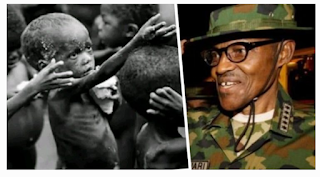 President Muhammadu Buhari has admitted that Nigerians are experiencing the worst level of insecurity since the 1967-1970 Civil War.

In his Independence Day national broadcast, the Nigerian leader acknowledged that Africa’s most populous nation is in a precarious situation that only compares to the country’s internecine war.

“Fellow Nigerians, the past eighteen months have been some of the most difficult periods in the history of Nigeria,” said Mr Buhari. “Since the civil war, I doubt whether we have seen a period of more heightened challenges than what we have witnessed in this period.”

He, however, moaned that Nigerians had failed to understand the steady growth being driven by his regime.

“No government since 1999 has done what we have done in six years to put Nigeria back on track,” Mr Buhari explained. “But critics misdiagnose incremental progress as stagnation. Since coming to power, this administration has tackled our problems head-on in spite of the meagre resources.”

The president said the impatience of some citizens could be understood but assured of a better future for all.

“I fully understand the anxiety of many Nigerians on the inability of this country to go beyond a never-ending potential for becoming a great nation to an actually great one,” he stated.

Nigeria’s economy has plunged into recession three times since Mr Buhari assumed power in May 2015, a record under a single administration.

Widespread insecurity, economic deprivation, and dwindling oil prices have combined to earn the WHO’s ranking of the country with the highest number of poor people in the world.

“Today, despite the challenges we face, most Nigerians still maintain the spirit of first October,” claimed Mr Buhari. “That positive outlook and determination to make Nigeria a peaceful and prosperous nation.”

He added, “It is due to this collective attitude that Nigeria doggedly continues to remain a united and indivisible nation.”