Nigerians will miss Buhari after 2023: Ex-Minister - The Naija Weekly

Nigerians will miss Buhari after 2023: Ex-Minister 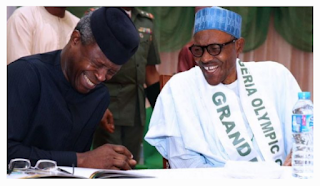 Yerima Abdullahi, a former education minister, says millions of Nigerians will miss President Muhammadu Buhari when he leaves office in 2023.

“I will miss Buhari after 2023, and there are millions of Nigerians who will because when he says it is white, it is white, and when he says it is black, it is black,” said Mr Abdullahi on Tuesday in Gombe. “You don’t have so many of such leaders in the country. He is not a ‘Maradona’; he is not. He says things the way they are. It is very rare you find a leader with such courage.”

The former minister further noted that Mr Buhari had developed the country and should remain focused amid hunger, unemployment and skyrocketing food prices.

“Whether you like him or not, you have to accept that Buhari has really done well for the country and has been through a lot to serve the nation,” Mr Abdullahi insisted.

He further stated that Mr Buhari, often described by his critics as incompetent and taciturn, possessed leadership qualities lacking in most Nigerian leaders.

Mr Abdullahi added that the president’s sincerity had helped in laying a strong foundation for the advancement of democracy and good governance in Nigeria.

But he reiterated that many Nigerians at the grassroots would miss Mr Buhari after his tenure expired.

“We are not talking about that small group of people, but the majority of Nigerians at the grassroots will miss the leadership qualities of the president,” Mr Abdullahi noted. “We are talking about those that have benefitted from the several social investment programmes, farmers, and many more who have felt the impact of good governance under his administration.”

Mr Abdullahi lauded the anti-corruption war of Mr Buhari’s regime, claiming that many important personalities have been convicted of corruption.

“Under Buhari, we have seen former governors, ministers, senators convicted and sent to jail, and Mr President has not pardoned them,” he said.