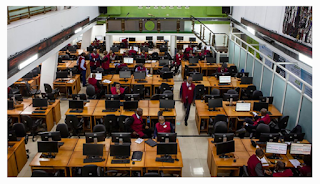 Analysts at Afrinvest Limited said, “We expect the bullish performance to be sustained in the next trading session, driven by improved investor sentiment in anticipation of third-quarter earnings releases.”

Also, the market breath closed positive with 21 gainers and 14 losers.

Champion Breweries drove the gainers’ table in percentage terms by 9.71 per cent to close at N3.05 per share.

Conversely, learn Africa led the losers’ chart in percentage terms by 10 per cent to close at N1.26 per share.

Transactions in the shares of FBNH topped the activity chart with 602.77 million shares valued at N7.11 billion.