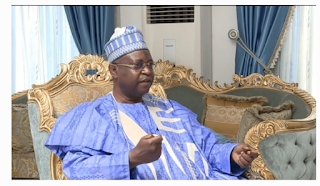 "The perception that the current president is against southerners has become a reality. I think he [Buhari] is not managing this country in a way that accommodates politics,” says former speaker of the House of Representatives Ghali Umar Na’Abba.

Mr Na’Abba says “even in the North, there are complaints about him” hence they see no reason to accept power shift since President Muhammadu Buhari’s regime has been a “waste” to the region.

“Within the North today, the idea of many people that the presidency must shift to another region is not a welcome idea because the feeling of many people is that the years of this president (Buhari) is a waste,” Mr Na’Abba told Daily Trust TV in an interview.

Mr Na’Abba further said Mr Buhari’s years in office is largely perceived as a waste because northerners feel they have gained nothing from the regime.

“They’ve not gained anything from it. So, why should anybody even talk to them about zoning? When they believe they have the numerical strength to elect another person,” he was quoted to have said by the outlet.

Mr Buhari, who won election into office in 2015 is expected to leave office at the end of his second term in 2023.

In the run up to the 2023 election, there have been agitations for power to shift back to the South at the expiration of Mr Buhari’s tenure.

Southern governors had in their meetings in Asaba and Lagos declared that the next Nigerian president must come from their region, drawing the ire of their northern counterparts, amongst other northern interests.

Northern Governors Forum and Emirs in September said zoning presidency is not constitutional and the North is not obliged to accept zoning the presidency.