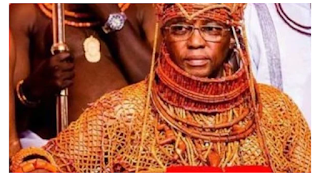 The Oba of Benin, Ewuare II, has postponed all activities relating to his fifth coronation and birthday anniversary in honour of the late business mogul and philanthropist, Captain Hosa Okunbo.

In a statement on Monday by the Secretary of Benin Traditional Council (BTC), Mr Frank Irabor, the postponement is to honour Idahosa who he described as an “illustrious son” of the state.

It would be recalled that Okunbo died in United Kingdom on August 8 and was buried in Benin on October 8.

“Oba of Benin wishes to inform the general public that as a result of the demise of Captain Idahosa Wells Okunbo, and his burial few days ago, His Royal Majesty has directed that ail the events lined up to mark the fifth coronation anniversary celebration of His Royal Majesty on 20th October 2021 should be postponed in his honour.

“Captain Hosa Wells Okunbo was an illustrious son of Edo State in whom we were well pleased. May his gentle soul continue to rest in peace,” the statement said.