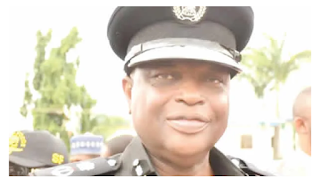 A reporter with Platform Times Newspaper in Ogun state, Fatai Ilyas, has petitioned the state Commissioner of Police, Lanre Bankole, over the alleged invasion of his farmland by some suspected Fulani herdsmen.

The 33-year-old graduate of Mass Communication from Moshood Abiola Polytechnic, Abeokuta lamented that the money used in planting the vegetable farms was running into N600,000 with expected returns of one million and eight hundred thousand naira.

The reporter said he was devastated by the level of destruction caused by the herders , claiming that the entire vegetation had been reportedly eaten up with all the heaps leveled beyond recognition.

A copy of the petition which was obtained by our correspodent read partly , “I had my Youth Service in Zamfara State, and searched for job for more than three years without getting any. So, I decided to take into farming to maintain myself and family in line with Federal and State Government Campaign for youth participation in Agriculture for Advancement of Individual and National Economy.

“However, on the 1st of October, 2021, I received a call from my partner, Mr. Oluwanifemi Olawale that some suspected Fulani herdsmen had invaded our six acres vegetables farm, situated at Awowo in Ewekoro Local Government Area of Ogun State, which had gulped more than Six Hundred Thousand Naira (N600,000.00) with expected returns of one million, eight hundred thousand naira.

“On immediate inspection, I was devastated by the level of destruction caused by the herds under the command of the herders.

“As I write the petition, the entire vegetation had been wiped out with all the heaps leveled beyond recognition.

“I subsequently lodged a formal complaint at Obada-Oko police station and my statement was obtained by Inspector Adamu. I have visited the station on two other occasions without any tangible news of arrest of the culprits, which makes me sad by the day.

“I therefore demand that an action be taken to track the herdsmen and bring them to justice.”