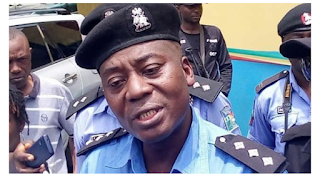 Operatives of the Ogun State Police Command have arrested a suspected robber, Bolanle Ojomu, during an attack on residents at the Ilese Ijebu area of the state.

The state Police Public Relations Officer, DSP Abimbola Oyeyemi, disclosed this in a statement on Sunday.

Oyeyemi noted that the suspect was arrested following a distress call received by the police in the Ilese Ijebu divisional headquarters around 12.30am.

The PPRO said the police were hinted that some robbers were terrorising residents on Silva Estate, in the Odomalasa area of Ilese Ijebu.

He said, “Upon the distress call, the DPO Ilese Ijebu, CSP Amuda Bolaji, quickly mobilised his patrol team and moved to the scene.

“The hoodlums, on sighting the policemen, took to flight immediately. But they were hotly chased and one of them was apprehended with the assistance of members of the community, while others escaped.

“Recovered from the suspect is one locally-made gun with one live cartridge.”

Oyeyemi said the state acting Commissioner of Police, DCP Abiodun Alamutu, had ordered the immediate transfer of the suspect to the State Criminal Investigation and Intelligence Department for discreet investigation.