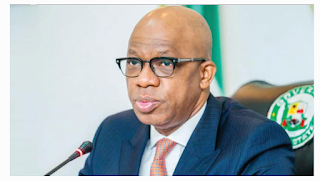 The Ogun government has declared that students disrupting teaching and other academic activities would be expelled and prosecuted along with their accomplices.

“The governor is really worried about the unruly trend of hoodlums coming into our schools to beat up our teachers, and he has frowned at such act of indiscipline,” said the Commissioner for Education, Science and Technology, Abayomi Arigbabu. ”Any students caught in this act will face the full wrath of the law alongside their accomplices. Ogun state is known for being home to respectable and responsible citizens. We will not allow any act to tarnish our image.”

He gave the warning in Abeokuta while addressing journalists against the backdrop of the incidents of secondary school students who assaulted teachers for disciplining them.

The commissioner stated that the government would continue to frown at acts of indiscipline.

He revealed that the assailants had been arrested and charged to court.

Mr Arigbabu noted that his ministry would collaborate with the police, the NSCDC, So-Safe Corps, and other security agencies to restore normalcy to schools.

According to him, Governor Dapo Abiodun has been unrelenting in supporting principals and teachers to discharge their duties, urging parents and guardians to monitor and call their children to order continually.

Mr Arigbabu pledged that the ministry would look into the immediate and remote causes of the unruly behaviour and find ways to tackle it.

He urged teachers to give a good account of themselves at all times.

The commissioner charged parents with complaints against teachers to channel their grievances to principals and the ministry.