One billion people are multidimensionally poor: UNDP - The Naija Weekly 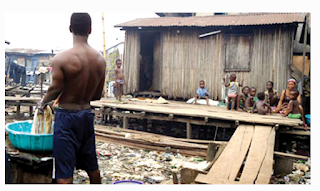 No fewer than 1.3 billion people are multidimensionally poor across 109 countries, while differences in multidimensional poverty among ethnic groups are consistently high, according to the global Multidimensional Poverty Index (MPI) released on Thursday.

MPI, produced by the UN Development Programme (UNDP) and the Oxford Poverty and Human Development Initiative, also found that in nine specific ethnic groups surveyed, more than 90 per cent of the population was trapped in poverty.

According to the report, across the 109 countries studied, 1.3 billion people are multidimensionally poor.

“About half of them, or 644 million, are children under age 18; and nearly 85 per cent live in Sub-Saharan Africa or South Asia. More than 67 per cent live in middle-income countries,” the report disclosed. “Living in multidimensional poverty can mean very different things.’’

The report further stated that around one billion people, for example, were exposed to health risks due to solid cooking fuels, another billion live with inadequate sanitation, and another billion have substandard housing.

It stated that around 788 million lived in a household with at least one undernourished person, and about 568 million lacked improved drinking water within a 30-minute roundtrip walk.

UNDP administrator Achim Steiner said, ”This is a reminder of the need for a complete picture of how people are being affected by poverty, who they are, and where they live.”

The report noted that even though multidimensional poverty remained high, some countries showed signs of progress, at least until the beginning of the pandemic.

“Of the 80 nations and five billion people for which there is data over time, 70 reduced their Multidimensional Poverty Index in at least one period. The fastest changes happened in Sierra Leone and Togo,” it noted.

The director of OPHI at the University of Oxford, Sabina Alkire, stressed the need to fix the structural inequalities that oppress and hinder progress.