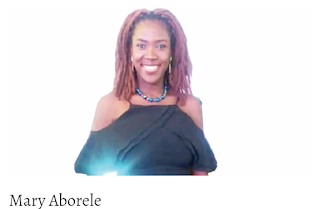 Good jobs are scarce and for many graduates in Nigeria, the joy of completing university education is often tainted with the fear of searching fruitlessly for jobs.

But Mary Aborele appeared lucky because she secured a teaching job in Lagos State one year after completing the one-year mandatory National Youth Service Corps scheme in 2020. The offer wasn’t everything she wanted but at least it kept her busy, giving her a sense of purpose and happiness. Little did she know that her new found joy would be disrupted by robbers.

She said, “One week after I resumed, I usually took a commercial motorcycle from my house in Akute, Ogun State to Berger, then boarded a bus to Obalende, before taking another bus to Lekki where the school is situated. On that Tuesday morning in February, I left the house late and when I got to Berger I met a colleague who was also waiting to get a bus. The colleague advised that instead of taking a bus to Obalende, we could get a vehicle directly to Lekki. The idea sounded good and I waited patiently for a vehicle plying the route; either commercial or private.

“As we stood there waiting for a vehicle, it was still early in the morning and a grey Sienna pulled over and the driver called ‘Lekki’; with the usual Lagos rush, passengers heading that way rushed to board it. My colleague was faster than I was and so she got in before me. But after much struggle, I got in as well. Both of us were the only two passengers who could get in as there were other passengers already in the vehicle.

However, she said that when she settled in, she noticed that the other supposed passengers were all men. She stated, “At least I counted about five men in the vehicle. But during the rush, my colleague and I didn’t notice this until we first got in. Somehow, the men made us sit in-between two of them each – my colleague in front and me at the back.”

Aborele said she and her colleague were still oblivious of the situation ahead and even cracked jokes on how they outsmarted other passengers that were jostling for a space in the vehicle.

She said, “As the journey progressed, the driver veered off the road but I did not realise this because I was on the phone at the time, speaking with a friend. When I noticed he had veered off the usual route, I didn’t raise the alarm because I wasn’t familiar with the roads leading to Lekki yet, so I felt it was normal and the driver wanted to beat the early morning Lagos traffic using alternative routes. Moreso, my colleague who was more conversant with the roads to Lekki didn’t raise any eyebrow too.’’

Aborele added that she felt something was amiss as she noticed the male passengers looked a bit anxious.

She added, “A few minutes later, I heard the driver say the word ‘axle,’ which I realised afterwards was their code word to begin their operation. Almost immediately, I felt strong, large hands grabbing my neck, ripping away my necklace and earrings. When I managed to look at my colleague in a short glance, I noticed that the same treatment was being meted on her. They pressed us down into the vehicle away from the windows so we would be out of sight. Then because we were crying out for help, they started beating us. They groped our breasts as well as other parts of our bodies and I genuinely felt we might get raped that morning or worse still, kidnapped for rituals

“During the ordeal, I noticed that one of the men had an accent of a part in Edo State I am from. As I spoke briefly to him, pleading, he persuaded the driver to let us go, adding that they could pick other victims who could be used for what they wanted afterwards. Luckily, the driver and the other members of the gang acquiesced to his request.”

Aborele said by the time the driver agreed to drop her and her colleague, they had driven to Billings Way, Oregun, Ikeja. “When the driver parked along the road, they ordered us to input the passwords for our bank apps. Luckily for us, there wasn’t any money in our accounts. A discovery that angered the criminals, causing them to collect both our phones, debit cards and the money on us before throwing us out of the vehicle, calling us broke girls as they sped away. Fortunately, we both sustained only minor injuries.

“Afterwards, my colleague and I begged commuters on the road for money so we could at least head for home. The shock and loss I experienced insulated me from the embarrassment I would have felt asking strangers for money,” she said.

Aborele said when she got home, her parents persuaded her to report the case to the police, but she was reluctant to do so because she did not believe anything positive would come out of it. Eventually, she said she agreed to their request and visited the nearest police station.

She said, “After reporting what I had experienced that morning, the officer in charge at the station sympathised with me, telling me that it was a usual occurrence along that route and my case was one out of many that had been reported that month alone at the station. He added that if I wanted to, I could track my phone but I would have to pay a fee for it.

“I was asked to write a statement and state the cost of the stolen phone and state other valuables they collected from me. But while doing so, I was asked to pay a small token so the case could be processed swiftly. This pissed me off as I was already having a bad day and I just walked away, blaming myself for not following my instinct not to report the case to the police.”

The lady further said after the event, she vowed to be vigilant taking vehicles to work no matter how urgent she was to get to her destination. “I had nightmares for weeks afterwards and ever since, I always look carefully into whatever vehicle I’m to board. I kept asking myself what might have happened if I hadn’t recognised the accent of my tribesman among the criminals.’’