Over 50 people die after boat capsizes on Congo River 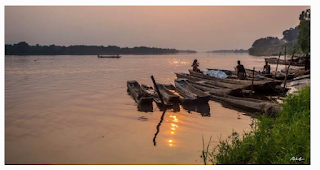 At least 55 people died and many others were missing on Friday after a boat accident in the Democratic Republic of Congo.

The overcrowded boat was travelling on the Congo River and capsized close to the town of Bumba in the northern Mongala province in the early hours of Wednesday.

Local authority spokesperson Jose Misiso said only 30 people had been rescued so far.

The exact number of missing people was unclear. While the authorities said 75 passengers were still missing, survivors spoke of a total of 400 people who had been on board.

The Congo River and its tributaries is an important traffic route for many people in Congo due to poor road infrastructure in the country.

While the boats are often overcrowded, accidents are a common occurrence.