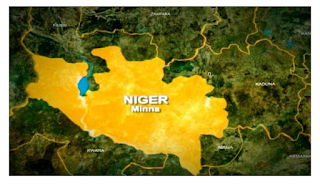 Over 500 communities in eight wards of the Shiroro Local Government Area of Niger State have been taken over by the Boko Haram terrorists and bandits.

Recall that early this year, the state Governor, Alhaji Sani Bello, raised an alarm that Boko Haram had hoisted flags in some communities in Shiroro LGA.

The Co-convener of Concerned Shiroro Youth, Abubakar Yusuf Kokki, also said Boko Haram elements were in majority of the communities in the council.

“It is true that over 500 communities are under the control of Boko Haram in my local government.  We understood that some of them are Boko Haram element by their modus operandi. When Magami community was attacked, it was learnt that they went straight to the mosque and started reciting Quran. The villagers believed that they are a bit religious than the bandits that used to attack them before.

“The last experience the people had was the way they operated. They did not attack anybody but later the vigilante heard about them, went to where they were and neutralised them but they later ganged up and came for a reprisal attack where many lives were lost,” he said.

He added that the new elements suspected to the Boko Haram preached religion to the people while bandits taxed the people of the area.

He said the state government would continue to liaise with the Federal Government to get rid of the elements and other criminals in the state.