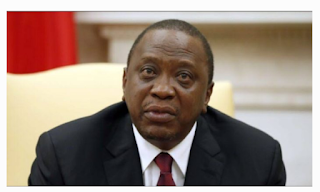 Documents christened the Pandora Papers have revealed a web of offshore shell companies in Panama and the British Virgin Islands owned by Kenyan President Uhuru Kenyatta, his mother Ngina Kenyatta and other members of his family.

The Pandora Papers, a trove of almost 12 million files from administrative archives of 14 law firms and agencies specialising in offshore shell businesses, were obtained from Panamanian law firm Aleman, Cordero, Galindo & Lee (Alcogal) by the International Consortium of Investigative Journalists and shared with hundreds of newsrooms across 117 countries.

Seven members of the Kenyatta family have been linked to 11 offshore companies and foundations, ICIJ said. The records note that family members, including three siblings, own five offshore companies with assets valued at over $30 million.

The consortium outlined which family members used the offshore companies to own three properties in the United Kingdom including a flat near Westminster in London, that was formerly rented out to a British Member of Parliament.

The documents also revealed an offshore company with a portfolio of cash, stocks and bonds worth $31.6m from 2016 belonging to  Muhoho Kenyatta, the president’s younger brother who largely oversees the family’s businesses.

A foundation set up in Panama belongs to Mrs Kenyatta, 88. It was established in 2003 to be passed to his president son upon her death.

One document notes that a company in the British Virgin Islands (BVI) had been set up by the Kenyattas with “savings from their family and their activities.”

The Pandora Papers came as Kenyans were preparing for another presidential poll. Mr Kenyatta, who had campaigned on an anti-corruption platform and urged transparency in politics, has always denied any ties to corruption, saying his assets are already a matter of public knowledge. He is constitutionally bound to step down as president in 2022 when he would have led Kenya for eight years.

The investigation exposes the hidden stash of many world leaders and public figures, including the King of Jordan, the prime minister of the Czech Republic Andrej Babiš and Gabon’s President Ali Bongo Ondimba. Singer Shakira and a mistress of Russia’s Vladimir Putin were also exposed in the documents.

The ICIJ said the leaks did not necessarily accuse those mentioned of illegalities, but nonetheless indicate how far some politicians and business executives were willing to go to hide their wealth and avoid public accountability and taxes.