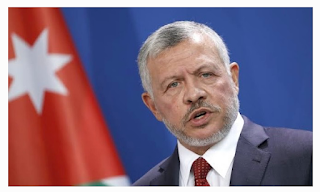 The King of Jordan, Abdullah II, has been named among dozens of world leaders secretly hoarding millions of dollars in offshore tax havens and secretly bought luxury homes around the globe.

The Pandora Papers probe, released on Sunday, is based on about 12 million documents from 14 global financial services.

“King Abdullah II has secretly owned 14 luxury homes in the United Kingdom and the United States, purchased between 2003 and 2017 through front companies registered in tax havens. Their value totals more than $106 million,” the International Consortium of Investigative Journalists said.

These properties include a complex in Washington, DC, a house in Ascot, and multimillion-dollar apartments in central London.

“Three beachfront mansions in Malibu [were] purchased through three offshore companies for $68 million by the King of Jordan in the years after Jordanians filled the streets during Arab Spring to protest joblessness and corruption,” the report added.

The files also revealed how the Jordanian Monarch secretly acquired a portfolio of seven luxury UK properties between 2003 and 2011, when the United Kingdom spent up to £100 million in foreign aid to the Arabian country. The properties are estimated to have a current market value of about £28 million.

The Guardian reported the response from the royal palace on Monday that “HM [His Majesty] has not at any point misused public monies or made any use whatsoever of the proceeds of aid or assistance intended for public use … HM cares deeply for Jordan and its people and acts with integrity and in the best interests of his country and its citizens at all times.”

Other world leaders such as Kenya’s President Uhuru Kenyatta and Pakistan’s Prime Minister Imran Khan had their families and inner circles named, secretly owning and holding companies and trusts worth millions of dollars.

The documents detailed how Czech Prime Minister Andrej Babis failed to declare an offshore investment company used to buy a property worth $22 million in the south of France, and Russia’s Vladimir Putin, though not directly named in the files has been tied to secret assets in Monaco.