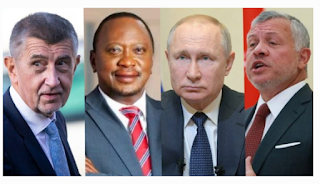 Transparency International on Monday said the expose made in the Pandora Papers spotlighted the need to adopt fresh reforms to combat lawlessness in the offshore industry.

Reacting to the release of The Pandora Papers in a statement on Monday, Transparency International said the expose must create a new drive for ending the decades-long abuse of anonymous companies.

It highlighted the need for central registers of company owners in all countries, saying it will also prevent jurisdiction shopping seen in the leaked documents.

“The Pandora Papers bring home the need to rein in the lawless offshore industry,” Transparency International said. “The governments that have been holding up meaningful reforms towards ending the abuse of corporate secrecy should find themselves out of excuses.”

Maíra Martini, an anti-money laundering expert with the organisation, lamented political leaders meant to be taking actions against the illicit flow of funds were by themselves abusing the system’s opacity.

Ms Martini noted that corrupt political leaders who benefitted from the status quo had many explaining to do.

“Ironically, political leaders who should be taking action to tackle the flows of dirty money have themselves been abusing the system’s opacity and benefitting from the status quo,” Ms Martini added. “In the months to come, they will have a lot of explaining to do – to the public and hopefully also to the authorities.”

The organisation demanded that law enforcement actions be taken against individuals and corporate service providers for their role in facilitating corruption and financial crimes.

The Pandora Papers, a trove of almost 12 million files from administrative archives of 14 law firms and agencies specialising in offshore shell businesses, were obtained from Panamanian law firm Aleman, Cordero, Galindo & Lee (Alcogal) by the International Consortium of Investigative Journalists and shared with hundreds of newsrooms across 117 countries.

The secret documents exposed how high-level officials, oligarchs, and billionaires moved wealth offshore while concealing their identities, buying real estate and luxury goods, all with the help of corporate service providers.

Over 300 politicians from 90 countries, including 35 former or current government leaders, were indicted by the report.