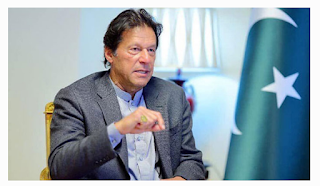 The Pandora Papers have revealed about 700 Pakistanis and Prime Minister Imran Khan’s cabinet members who hold millions of dollars in properties, trusts, and secret companies.

The documents released on Sunday contain more than 700 Pakistani names. Among those exposed are Mr Khan’s finance minister, Shaukat Fayaz Ahmed Tarin, and his family, who own four offshore companies, including the son of Mr Khan’s former adviser for finance and revenue, Waqar Masood Khan.

The revelations are part of the Pandora Papers, a global investigation by the International Consortium of Investigative Journalists (ICIJ), into the secret offshore financial system that has enabled multinational corporations, as well as the rich, famous and powerful, to shield their wealth.

The probe is based on about 12 million confidential files from 14 offshore services firms leaked to the International Consortium of Investigative Journalists and shared with 150 news organisations around the world, including Peoples Gazette.

The files reveal how, in 2007, Pakistani Gen. Shafaat Ullah Shah’s wife obtained a $1.2 million apartment in London through a private offshore transaction. Mr Shah had previously served as a close aide of then-president Pervez Musharraf.

It detailed how Omer Bakhtyar, the brother of Mr Khan’s minister for industries, Makhdum Khusro Bakhtyar, transferred a $1 million apartment in the Chelsea area of London to his mother through an offshore company in 2018.

In 2012, the files noted that Faisal Vawda, Mr Khan’s former minister for water resources, set up an offshore company to invest in U.K. properties. Mr Vawda had resigned in March following controversy about his status as a dual U.S.-Pakistan citizen.

The files detail the offshore activities of more than 130 Forbes list billionaires and over 330 public officials around the globe. Those named include the King of Jordan, the prime minister of the Czech Republic Andrej Babiš, Gabon’s President Ali Bongo Ondimba, Singer Shakira, and a mistress of Russia’s Vladimir Putin.