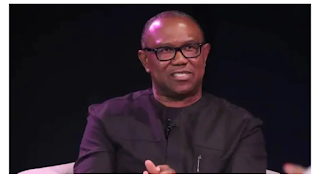 A former governor of Anambra State, Peter Obi, has said politicians linked him with the Pandora Papers because he was preaching savings and borrowings in an economy depleted by debt.

Obi, who was also a former Vice Presidential candidate of the Peoples Democratic Party in the 2019 elections, revealed he served on the board of 11 companies before he became governor, saying his quest for savings for the future, both in private and public life, had severely pitched him against people.

Obi, in the Pandora Papers, was said to have used a Monaco-based foreign company, Acces International to incorporate an offshore entity in one of the world’s most notorious tax havens noted for providing conduits for wealthy and privileged corrupt political elites to hide stolen cash to avoid the attention of tax authorities.

“What you are seeing is a situation where people say since we can’t find anything against the man and he has been going about preaching saving and borrowings and preaching that, let’s just throw anything on him. And I’m always happy when I talk about savings, because that was what I did. Reuben Abati was part of the government I served, so I am proud of talking about savings.

“So, all this noise is just to distract me and stop me from saying the truth. They say I have $500m and I then I say if you find more than three percent of that amount (that’s around $15m) traceable to me or my account, confiscate all my properties overseas and in Nigeria.”

On the security situation in Anambra, Obi said the Anambra State Governor, Willy Obiano should have attended the meeting of South East governors.

In response, A special Adviser to Governor Obiano, Ifeatu Obi-Okoye explained his principal’s absence from the South-East stakeholders’ security meeting.

He said it was morally wrong for Obiano to sit together with those “who were causing mayhem in the state” to discuss security issues.

Criticisms had trailed Obiano’s absence at such meetings overtime.

He added, “The governor cannot fathom sitting to discuss security with ‘certain individuals’ who are behind the violence plaguing his state.

“What people are saying goes to no issue in the first instance because it is public knowledge that those doing the killings are not from Anambra State and no Anambra person would go to this extent.