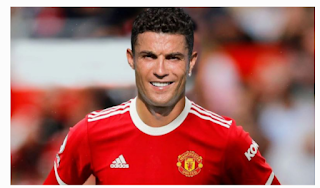 Ronaldo won his fifth player of the month award shortly after his return to Manchester United.

Reacting to the news, Ronaldo appreciated his team and teammates, tweeting that he was proud to be awarded “among so many great players in the Premier League.”