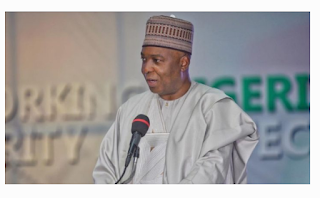 “You should begin to work in earnest to ensure overall victory for the party at the 2023 general elections,” Mr Saraki said at the end of the party’s congress in Ilorin.

“As soon as you leave this venue, work should begin. The peaceful conduct of this congress has confirmed to me that we are indeed ready to take back power in Kwara,” he said.

Former Speaker of the Kwara House of Assembly, Mohammed Babatunde, emerged as the party’s chairman, while Umaru Muhammed emerged as deputy chairman, and Tunde Ashaolu retained the position of Publicity Secretary.

Mr Babatunde said, “We will start work from the grassroots and work our walk to the up. “We will use the next local government elections to tell Kwara people that we are back.”