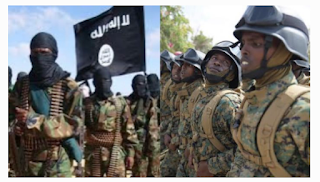 More than 100 people have died, and 200 others have been injured in several days of fighting between government troops and Islamists in the East African country of Somalia.

The district commissioner, Anas Abdi, told dpa on Wednesday that around 100,000 people have fled the city of Guriel, also known as Guriceel, in the north of the country due to the violence.

The government had regained control of the politically and economically strategic town after it was captured by the Ahlu Sunna Waljama’a almost a month ago.

Abdi said the militants and their leaders fled overnight, houses and health centres had been destroyed.

According to the regional government, the Sufist militia had wanted to influence elections scheduled for next month.

Somalia, which severe crises have plagued for decades, is due to hold parliamentary and presidential elections in November.

The term of office of the incumbent president, Mohamed Abdullahi Mohamed Farmajo, expired in February, but the elections were postponed due to disputes over election procedures.

Since then, there have been repeated tensions and conflicts between numerous interest groups.