Taiwan is part of China, Russia declares - The Naija Weekly 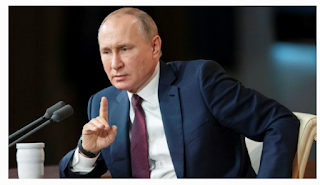 Russia on Tuesday said Taiwan is recognised as part of China, brushing off concerns that the recent air surveillance conducted by Beijing over Taiwan could escalate regional tensions.

Russian foreign minister Sergei Lavrov said there would be no issues in the region even if China continues its aggressive tactics over Taiwan.

“Just like the vast majority of other countries, Russia sees Taiwan as part of the People’s Republic of China,” Mr Lavrov told reporters on Tuesday. “This is the premise from which we proceed and will continue to proceed in our policy.”

China said its jets were flying within its own airspace which Taiwan had tried to claim. But critics said China has been desperate to annex Taiwan in order to assert broader control across the Far East.

Any attempt to annex Taiwan could spark a confrontation between China on one side and the United States and Japan on the other.

The U.S. and Japan have insisted that China should respect Taiwan’s sovereignty and desist from any action that could threaten regional peace and stability.

Mr Lavrov’s comments mark the strongest indication yet that Russia under President Vladimir Putin would likely back China’s takeover of Taiwan and its roughly 25 million people.