Tax on carbonated drinks to increase in 2022, says finance minister - The Naija Weekly

Tax on carbonated drinks to increase in 2022, says finance minister 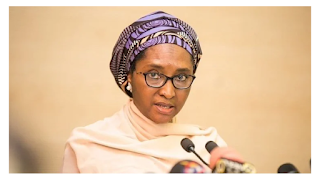 The Minister of Finance, Budget and National Planning, Zainab Ahmed has announced a possible increase in the taxation on carbonated drinks, which would lead to a price increase.

She said this at the Public Presentation and Breakdown of the Highlights of the 2022 Appropriation Bill on Friday in Abuja, stating that it will be part of the additions in the 2021 Finance Act which will take effect from January 2022.

“The introduction of new and further increases in existing pro-health taxes for example exercise duties on carbonated drinks- this is work in progress but it will happen in the 2021 Finance Act.”

In 2019 Ahmed said the government was insistent on implementing the initiative at a World Bank/International Monetary Fund meetings in Washington DC, United States.

Ahmed also noted that there would be penalties for government-owned enterprises that fail to meet the set target in achieving the government’s revenue generation drive.

She said, “Government’s revenue performance and remittances will become enhanced through effective implementation of the performance Management Framework including possible sanctions should there be default on targets that are set for government-owned enterprises.

“The Finance Bill 2021 will contain measures that will further advance the implementation of the Strategic Revenue Growth Initiative (SRGI).”